Large population and observational studies have shown that obesity and cardiovascular disease (CVD) are closely associated.1,2 Conditions such as congestive heart failure, ischaemic heart disease, myocardial infarction and stroke are more prevalent in individuals living with obesity and the lifetime risk for incident cardiovascular disease increases exponentially in both men and women with higher body mass index (BMI).3 Moreover, most deaths associated with high BMI are caused by CVD.4

The prevalence of CVD comorbidities is higher in patients with obesity, as a detailed population health survey of 200,000 people established.3 The 2005–2012 National Health and Nutrition Examination Survey (NHANES) compared 100,000 people with obesity (BMI≤30 kg/m2–≥40 kg/m2) with 100,000 people of normal weight (BMI<25 kg/m2). It found that, compared with adults of normal weight, 51% of adults with obesity had hypertension, 8% had ischaemic heart disease, 3.5% had congestive heart failure, 3% stroke and 21% had had a myocardial infarction.3

Lifetime risk for CVD and BMI

Over a person’s lifetime, the risk for CVD morbidity, disability and death increases as the individual gains more weight, a phenomenon seen in both men and women.2

Compared to people without overweight or obesity, risks of heart attack, stroke or other cardiac events are found to be two and a half times as high for women and almost three times as high for men in the higher BMI categories (>40kg/m2).2 Even individuals whose BMI puts them into the category only of having overweight (BMI >25kg/m2) face a significantly higher risk of developing CVD at an earlier age, resulting in a greater proportion of their lives lived with cardiovascular morbidity and disability.2

Such are the risks of CVD for people with high BMI that cardiovascular disease contributes to the majority of deaths associated with high BMI, according to a study of more than 68 million people, conducted by the ongoing Global Burden of Disease Study, a collaboration of more than 3600 researchers from 145 countries.4 The study showed that of almost 4 million deaths related to a high BMI in 2015, more than two-thirds were caused by cardiovascular diseases.4

More than two thirds (68.5%) of deaths related to high BMI were due to CVD

Click here to learn more about other complications related to obesity and the link between obesity, BMI and risk of mortality.

Global Burden of Disease researchers are calling for surveillance of BMI and use of evidence-based interventions to address the problem.4

Was this valuable for you? 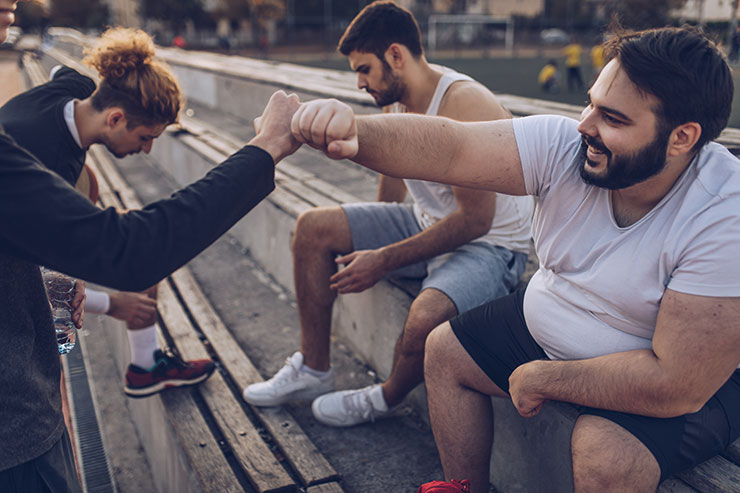 At Novo Nordisk we want to provide Healthcare Professionals (HCPs) with scientific information, resources and tools.